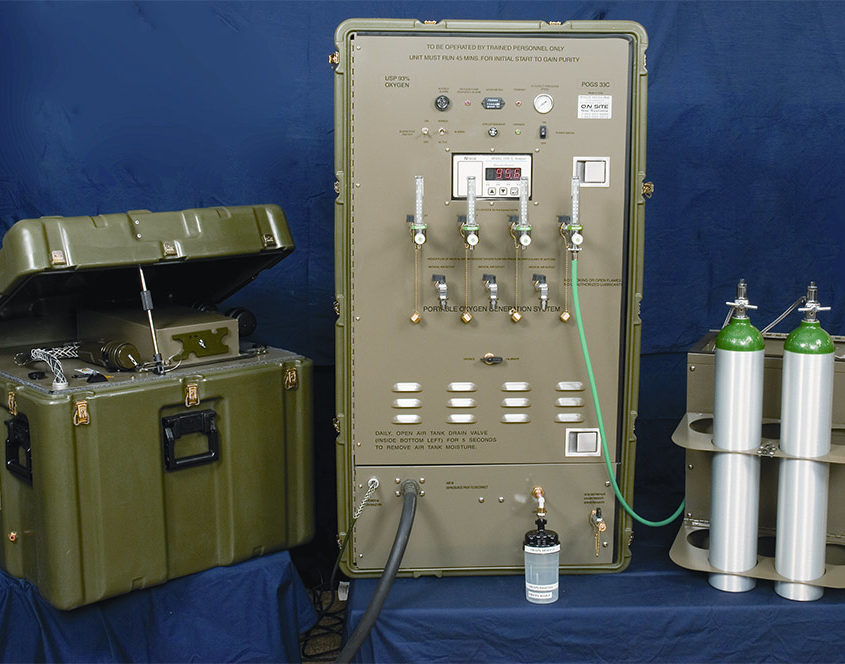 First responders can utilize the portable oxygen generation system to fill cylinders to maintain a constant supply of Oxygen. Mobile field hospitals can use the oxygen generator as a direct feed to a medical application, use the medical air to operate equipment and also have the ability to fill oxygen cylinders. Emergency Preparedness Teams can now quickly deploy and start producing Oxygen for continuous use in any disaster without delays due to a compromised infrastructure or the need for other heavy equipment to unload the Oxygen system or deliver Liquid Oxygen.